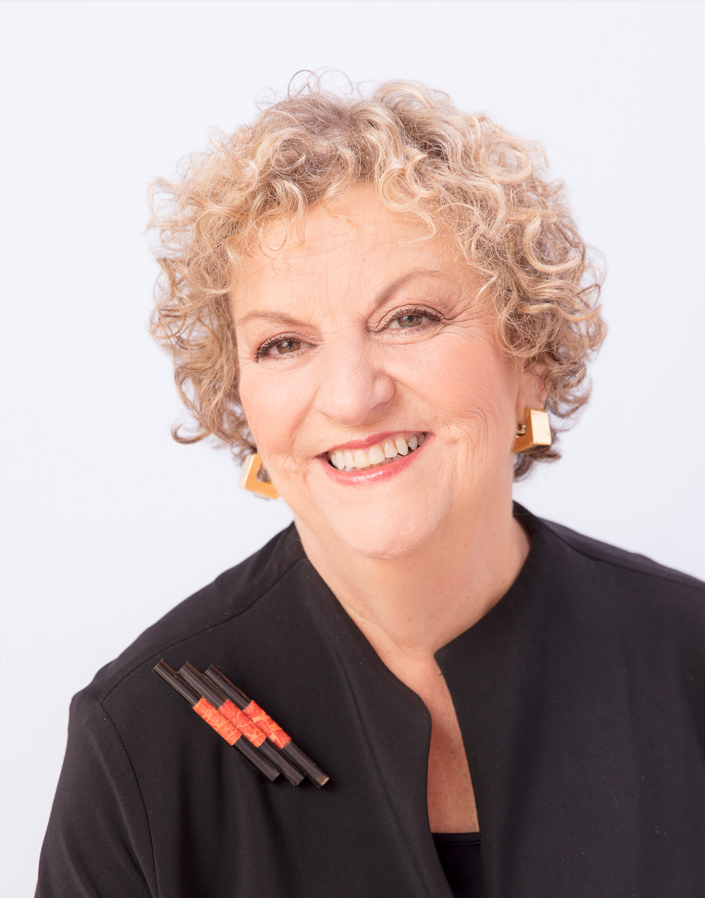 Jena Hall is an iconic designer and businesswoman who has created groundbreaking achievements in the Home Furnishings and Design industry. From designing homes for the rich and famous to the restorations of some of America’s most distinguished homes, including the George Vanderbilt Estate and the Bell and Whitney Estates to luxury multimillion dollar second home communities and affordable licensed collections, Jena has had a major impact on how we decorate our homes.

One of only five women inducted into the American Home Furnishings Hall of Fame, Jena’s career focus shifted when asked to design an experimental research kitchen as part of a House Beautiful project, the first of its kind. The research kitchen led to other industry related projects where she developed creative strategies and pioneered “lifestyle merchandising” for many home furnishing manufacturers and retailers.

With a broad platform of achievements already in her resume, Jena then went on to launch the first licensed, total home collection with her decorator “mix or matched“ concept at an affordable retail price. This new concept included cross-merchandised, coordinated products ranging from furniture to rugs, sheets to lamps, dinnerware to outdoor furniture, totaling 22 individual licensed categories. Jena Hall’s inspiration for the “total home” has influenced the way many others market their products and how consumers achieve a decorator’s look.

In 2012, Jena was retained by Scripps Network’s HGTV Brand to define, curate and develop the HGTV home brand, followed by the first four HGTV Furniture collections for Bassett Furniture. Most recently, she re-designed some independently owned Thomasville stores with an innovative merchandising and marketing concept and then updated the Thomasville’s product line with a 120-piece collection, Elements & Origins®. Her latest project for Thomasville, Hemingway Habana Modern, just launched at the April 2017 market.

In addition, Jena’s nationally syndicated column for New York Newsday and the Chicago Tribune ran in over 400 newspapers for 10 years, giving consumers expert advice on how to decorate their homes—beautifully.

American Home Furnishings Hall of Fame inductee, One of only five women ever inducted -2014

City of Hope National Spirit of Life Award, only woman - 2007

Syndicated columnist in over 400 newspapers through Universal Press Syndicate

Philanthropies & Not For Profit Boards

WithIt Board of Governors, Women in the Home Industries Today - 1999 to present

WithIt, Founding President, Women in the Home Industries Today - 1998 to 2001